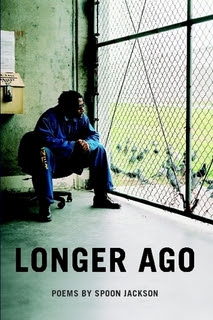 Author's Note: "I think it is amazing that I have a book out. There was no sign of my being a poet in any of my schooling, especially in the free world. I flunked all of my English and language classes, and did not pick up reading until I lost my physical freedom. I became a student in life, learning whatever I could, seeking out new things to know and do. This led to my meeting some splendid people, and to reading and studying some fascinating books. I gained a love and appreciation for the arts, for language, and for English. One must love and be love to be real – to walk in your own shoes. I offer these poems of realness with an open heart, mind, and soul. I hope this book inspires you to be you, and to walk in your own realness – to stay real, forever glowing and growing."

Review of Longer Ago


”Who might Spoon have been I wondered, how would his life have been different, if he'd been given poetry classes and plays to perform when he was a child? Who might Spoon have become if even one elementary school teacher had noticed his gifts? So my heart nearly breaks as I ask, why does it take murder and the prospect of life behind bars to wake up so many young men?”

Review of By Heart

You might also want to read Judith's Disguised As A Poem, My Years Teaching At San Quentin. 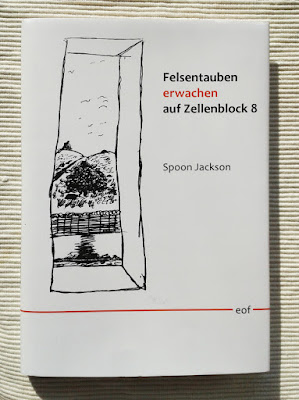 The publisher BoD announces the book:
"Spoon Jackson's poems are, as his translator Rainer Komers writes, 'stiffs' *, written in lines, personally and directly,” they are straightforward messages from a reality that feels like raw meat. Jackson's poems are not focused on the prison life, but on the individual who has to live his life there, without any prospect of pardon, but always striving to preserve human dignity. Through the observation of nature and the memory of his youth, Spoon Jackson keeps his chin up and gives the reader irrevocable hope."
------
*"a stiff", or "kassiber" in German, is a secret message smuggled out of a prison by a (political) prisoner. The word has a Hebrew origin. 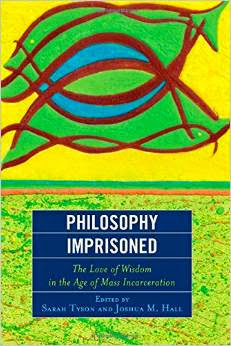 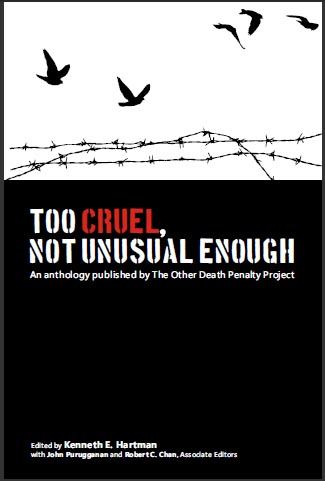 Too Cruel, Not Unusual enough
An Anthology by The Other Death Penalty Project
Published 2013

Buying it at Create Space supports the Publisher. Also available at amazon.com 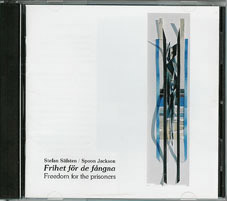 Freedom for the Prisoners
(CD)
A suite for chorus and orchestra by Swedish composer Stefan Säfsten based on Spoon's poems. Produced 2006. 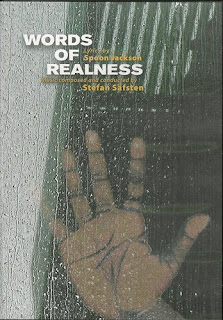 Words of Realness
(CD)
The second album by Stefan Säfsten with Spoon Jackson's poems. A booklet is included with the lyrics. Produced 2009.