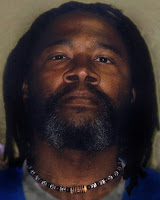 Should American prisons be abolished? I posed this question to some of my co-workers and students in the art room. I know a lot of free people in America and particularly in California who thinks it's just fine to continue building and filling up more prisons, and keeping prisoners who have decades in prison, and have more than served their time in any civilized society.
Some people are pissed off at being a victim of crime, and therefore think whatever happens to prisoners they have earned it, and all that is understandable.
Some white and black prisoners in the art room get pissed, when I must bring up race to show the results of a bias, inherently racist judicial and penal system, particularly in California.
One white prisoner tells me ”Spoon, blacks cannot keep playing the victim, saying they are in prison due to environmental, economical and societal reasons”. The white guy said ”Why am I in prison?”
First, I told the white guy, blacks are not crying victim and are just stating facts of a racist society, a racist educational, judicial and penal system. Racism is still so blatant now here in the USA, as if, they are still hanging thousands of black and brown prisoners on shade trees across this golden state.
It astounds me how those systems are able to turn black and brown people against people in prison of their own hue, when everyone, including the whites know that the injustice in the prison system and justice system and educational system are all race based.
Second, I told the white prisoner, every advantage, every condition in California and the USA is set up for white folks to succeed. White people are the majority in this country and set up the game plans and embed race hatred in the middle.
Conditions for failure for people of color, black and brown, have been entrenched into the American society for hundreds of years. Slavery in America has been channeled into the prison system. When the prison system was mainly white, the laws and sentences of prisoners were light and forgiving. Yes, prisons should be abolished. My co-workers say we should fix the system, because we cannot allow prisoners who have created horrible crimes to run amuck. Abolishing prisons does not mean that. You cannot fix a rotten penal system from the middle or the end. It would be like cutting the tail, the rattle off a rattle snake, you can still get bit. Prisons are made up of people, so fix the conditions that bring young people to the penal system. The educational, job, environmental and social conditions must be modified to prevent young folks from coming to prison in the first place. Prisons should be abolished and replaced with spiritual and mental establishments.
Lets start a true dialogue, pro and cons about abolishing prisons in America!
1 comment: Länkar till det här inlägget

I had my writing class today, my poetry class, and one of my fellow writers decided to read a prose piece instead of a poem. He read this incredibly moving essay, sometimes choked up in tears, about a hurt goose that somehow had gotten trapped on the visitng room patio.

It had been hungry and thirsty there for more than a week, because visitng is limited to only Saturday and Sunday. It was dying, it could not honk or cry anymore. The goose paced back and forth on the outside visiting patio. Through the huge chain-locked glass door and windows, the goose could see the visitors. Brown, black and white kids gather at the doors and windows trying to scoot bread, cookies, soda water and candy under the doors.
The wardens tell the parents of the children at the doors, if they do not stop trying to feed the goose, their visits will be terminated.
The children saw death in the goose's eyes, pacing and whimpers, as surely as they could see and feel sunsets, an ocean breeze and swaying of trees. The goose died on the visiting patio.
No comments: Länkar till det här inlägget