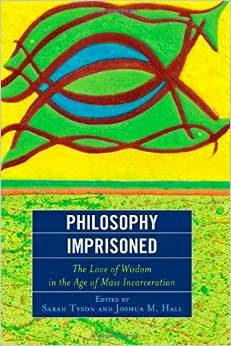 Spoon is one of the contributors to this new anthology "Philosophy Imprisoned, The Love of Wisdom
in the Age of Mass Incarceration" edited by Sarah Tyson and Joshua M. Hall

"Western philosophy’s relationship with prisons stretches from Plato’s own incarceration to the modern era of mass incarceration. Philosophy Imprisoned: The Love of Wisdom in the Age of Mass Incarceration draws together a broad range of philosophical thinkers, from both inside and outside prison walls, in the United States and beyond, who draw on a variety of critical perspectives (including phenomenology, deconstruction, and feminist theory) and historical and contemporary figures in philosophy (including Kant, Hegel, Foucault, and Angela Davis) to think about prisons in this new historical era. All of these contributors have experiences within prison walls: some are or have been incarcerated, some have taught or are teaching in prisons, and all have been students of both philosophy and the carceral system. The powerful testimonials and theoretical arguments are appropriate reading not only for philosophers and prison theorists generally, but also for prison reformers and abolitionists." Read more